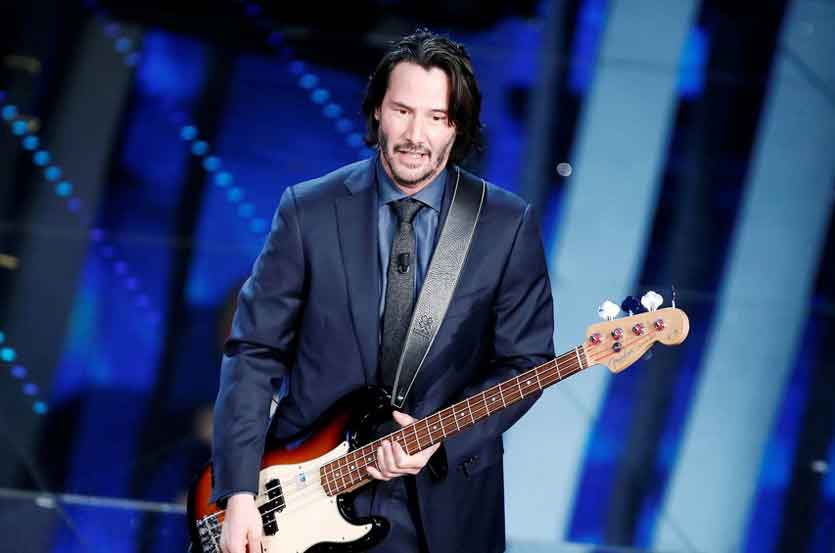 Riding a motorcycle is not a joke — if you crash on a bike, severe injury or death often occurs. Naturally, being a celebrity doesn’t make one immune from these risks. Lawsuits involving what some in the medical field refer to as donor cycles abound and though very often it is not the motorcyclist who is at fault they are the ones who suffer the most serious of injuries. Below we review 10 of the worst celebrity motorcycle crashes to date.

Model and actress Lauren Hutton was riding with a squad, which included Dennis Hopper and Jeremy Irons, near Las Vegas for a charity ride supporting the Hermitage-Guggenheim Museum in October 2001. She went down during the ride in a crash that caused her to break both legs and arms, crushed three ribs, and punctured a lung. Maybe it was a good thing she was unconscious so she didn’t feel all the pain or notice the bone protruding from her leg.

Lucky for her and a good reason to ride with friends because that day both Hopper and Irons encouraged her to wear protective gear like leathers and a full-face helmet. Those may have saved her life but one thing is for sure, they definitely saved her famous face!

Gary Busey has been known to be pretty unruly for a while now. Could it be due to a coma-inducing motorcycle accident back in 1988? Though the actor was known to be a skilled and avid rider he was also anti-helmet.  So when he went down in that accident that day, he naturally wasn’t wearing one.  He fractured his skull and sustained head injuries that required several hours of neurosurgery. Busey’s doctors said that his injuries might cause permanent brain damage. In fact, when Busey was on Celebrity Rehab in 2008, psychiatrist Dr. Charles Sophy said that the the brain injury had essentially resulted in “weakening Busey’s mental filters.” Perhaps that explains it . .  .

“Easy Rider” star Peter Fonda is a man who loves motorcycles so it’s not surprising that he has had more than one accident. In 1964, the wild man decided to wear nothing but a bathing suit and loafers for a ride on his Triumph. He hit a speed bump and went down. He suffered pretty serious injuries including bruises and broken bones but he recovered.  In 1985, he got into another wreck. This time the injuries were more severe–he broke his neck and back, causing him to lose a half inch of height after surgeries.  That didn’t stop the not-so-easy rider. In 1993, he had a head on collision with a deer, which did actually have some affect on his conduct. He says that accident stopped him riding after dark and without all his gear on. Better late than never!

Keanu Reeves, a big fan of British motorcycles, broke his ankle while riding his bike near his Beverly Hills home back in 1996. He was on crutches for months after the crash. And, it wasn’t his first bike related accident. In 1988, Reeves, who is known as a risk taker, rode his bike on a twisting canyon road with the lights off. He crashed but didn’t suffer  injury. PROOF is very familiar with these canyon roads, especially the ones in Malibu. There are always motorcycles on them- we can definitely see the appeal but even in a car during the day these roads can sometimes be pretty intimidating.

Former Pittsburgh Steelers quarterback Ben Roethlisberger almost died when he was involved in a his motorcycle accident near downtown Pittsburgh back in 2006. The Super Bowl champ may be a great playmaker but he wasn’t so smart that day: he was riding without a valid license (he only had a learner’s permit) and he wasn’t wearing a helmet. Big Ben took a big risk that day with his life and his career. Not that money was an issue for Roethlisberger at the time of the accident but perhaps he was smarter about insurance than he was about protective gear.

In 1990, rocker Billy Idol learned that not all rules can be broken when he crashed his motorcycle into a car after he ran a stop sign in Los Angeles. His leg was mangled so badly that it almost had to be amputated. A steel rod was put in place and though he had to spend more than six months in bed after the crash, he has been seen riding since that accident.

“CHiPs” actor Erik Estrada learned how to ride a motorcycle for his famous television show and once he got the hang out of it he clearly enjoyed being a two-wheeler. But back in 1980, he had a serious crash on set. Estrada was following a camera car down an alley in Pacoima, CA, and lost control of his bike. He was thrown onto the hood of the car and his bike landed on him while 75 members of the cast and crew watched. His injuries included broken ribs and a collapsed lung. Producers wrote the crash into the storyline, filming his character’s scenes from his real-life hospital bed. And, despite the severity of the crash and his injuries, he was back on set and on a bike pretty soon!

Allman Brothers rock guitarists Duane Allman died after a motorcycle accident in 1971 when swerved to avoid a truck and went down. The guitarist was riding his Harley-Davidson Sportster in Macon, GA and reportedly slowed to let a flatbed truck make a left-hand turn in front of him. Apparently, Allman swerved toward the center of the road to swing around the outside of the truck, but the truck suddenly stopped and Allman ran into it and that knocked him off his motorcycle, which bounced up in the air and off of Allman’s chest before skidding to a stop along the curb. Interestingly though Allman did not die instantly; he died later that day in surgery.

The former “Baywatch” star crashed his motorcycle in Los Angeles in 2003, resulting in not-so serious in injuries to him but very serious injuries to his passenger, his then-wife Pamela Bach,. Hasselhoff told investigating officers that he and his wife were riding his 2003 Harley-Davidson near a freeway overpass when a gust of wind forced him to lose control of the bike, which made him run into a curb, throwing the couple. It should be noted that Pamela Bach sites that accident as the turning point in her marriage when she felt she could no longer cover up her husband’s problem with alcohol. Lucky for her she can’t remember anything about the crash (or if Hasselhoff was drunk at the time) except waking up in hospital. Pamela remained in hospital for two months, had 17 operations which has left her with two steel rods and 27 screws in her left leg. FYI, the couple has been divorced since 2006.

Ann-Margaret is a long time motorcycle lover. She was thrown from her motorcycle in Brainerd, Minnesota in August of 2000. She suffered three broken ribs and a fractured left shoulder but amazingly enough, the next day, the “Bye, Bye Birdie” star managed to still appear as the Grand Marshal of the Colonel’s Truck Accessories National Hot Rod Association Nationals, riding in a pace car with her left arm in a sling. The show must goes on, I guess!

Lots of morals to motorcycle accident stories but the biggest one–wear protective gear!

Trump U Lawsuit Settles for $25M, But Not Everyone is Happy With the Deal
Previous Post
Prison for Alanis Morissette’s Manager