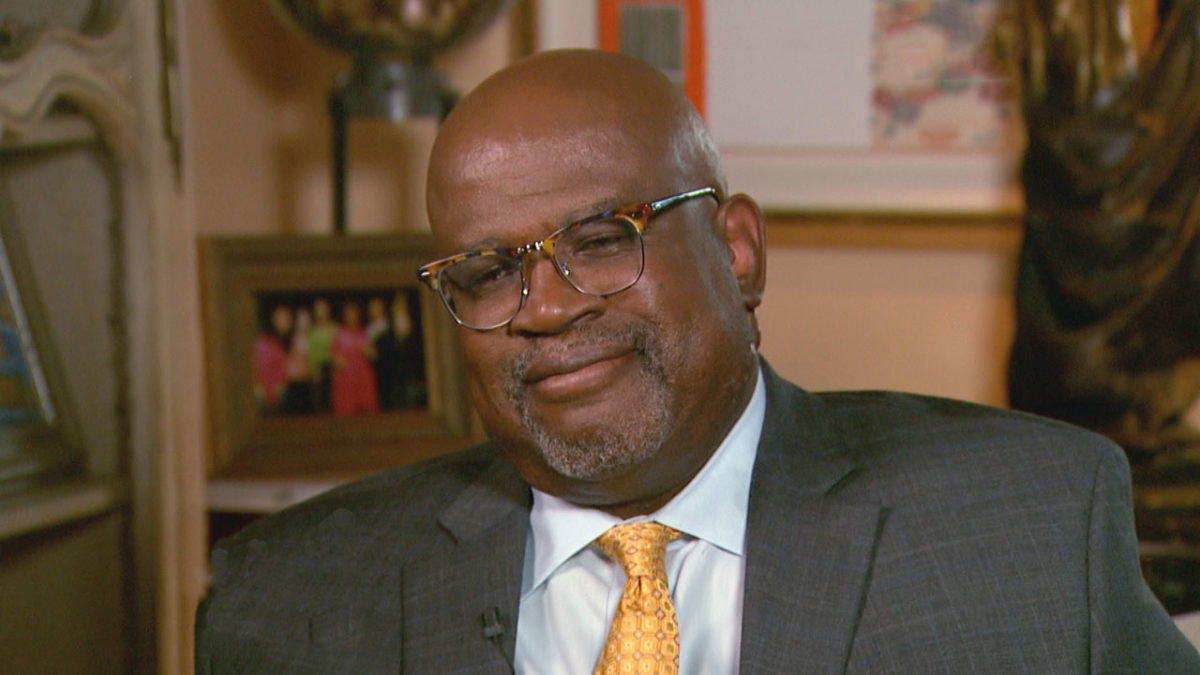 Christopher Darden, famous for being one of the L.A. County prosecutors who took O.J. Simpson to trial, has gotten himself in trouble with the law. Looks like a baby mama of his named Celia Smith (yes, Darden has more than one baby mama) sought a restraining order against the legal eagle, saying that he has been harassing her and that she is afraid of him. No surprise that Darden denied all of the allegations. And, what’s really interesting about this whole matter? Darden obtained a restraining order against Smith last year!

Here’s what’s going on in this most recent Smith/Darden dispute. On February 2, 2017 Celia Smith filed documents with the court asking them to order that Darden stay away from her, her 4-year-old daughter with Darden, Chloe, her mother, Anita Smith, and her brother, Robert Smith.

In the documents, Smith claims that she and Darden lived together and had Chloe on October 17, 2012. According to Smith, things went sour between them after that. As evidence, Smith submitted alleged posts that appeared on a custody website, Talking Parents.  She says these posts chronicle the abuse she suffered at Darden’s hands.

In one message, she wrote, “I am in fear of my life. You won’t stop with the harassment. Your obsession with me is disturbing.”

Darden allegedly wrote back, “You may rot. Obsession indeed. I despise you.”

Smith told the court she needed the restraining order and is afraid of Darden because he threatens her and is verbally abusive, calling her, “horrible names – lot lizard prostitute, dirty nasty stripper,” and more. (We’ve never heard the term, “lot lizard prostitute” before, have you?)

Smith also alleged that Darden has been, “cyberstalking my friends and sending nude photos and my arrest record.”

Darden insists the allegations are false, and said that he has never been served with anything and no temporary restraining order (TRO) was issued against him. Darden counters that Smith has been harassing him and that she has even threatened the lives of his other children, which is why he was granted a restraining order against her a year ago.

Smith is court ordered to stay 100 yards from Darden and is not allowed to contact him by email, telephone, mail or any other electronic means. Smith is allowed to have “brief and peaceful contact” with her ex as it relates to their child.

As expected,  the court sided with Darden and Smith’s TRO request was denied and the matter dismissed on February 28, 2017. It’s important to note that we at PROOF take allegations of violence against women very seriously. But, the court’s decision is correct here–the evidence Smith submitted is not persuasive nor credible or reliable. If she had proven that the offensive internet posts in fact came from Darden then we would be having a different discussion and likely be seeing a different result but that is not the case here. Some may feel that Darden’s prestige and fame as a well respected LA lawyer is what caused the dismissal that is simply not true given the facts as we know them here especially in light of the history between these two.

As with all the other family disputes we seem to be covering so often lately on PROOF, we have one main hope: that these two people who chose to be parents can get it together enough to ensure that their daughter has a happy, healthy, safe environment in which to grow up.

Spousal Support: The Latest in Big Hollywood Divorce Payouts
Previous Post
NFL and Marijuana: Does the League Care about the Players?