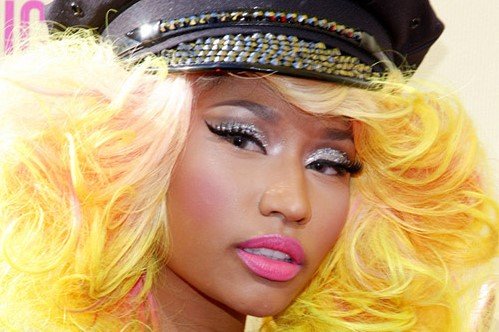 Can the LAPD Stop the Knock-Knock Burglars?

The facts seem more like the plot to a new Home Alone sequel instead of real life — but real life it is. There has been a rash of burglaries targeted at celebrities and other wealthy elite in the San Fernando Valley (yes, “The Valley”) and the crimes have been committed by the so-called “knock-knock burglars.”

Why knock-knock burglaries? It’s actually not very creative (not sure we want our cops being creative anyway; we’ve got enough creatives in LA!) but basically these burglars are groups of 3 or 4 people (aka gang members, according to LAPD. And when I say gang members, I mean real gang members despite the cutesy knock-knock name), one person knocks on the front door and once that person confirms, via the knock, that no one is home, he signals to the others and they look for doors and windows in which to access the house. The goal is not to hurt anyone personally or to engage in violence, rather it’s all about “the stuff.” The burglars then drive quickly from the scene and get rid of the goods by going to pawn shops or gold melting facilities–they keep the cash, as it’s not traceable.

Though the wealthy may be in fear over their lost riches there is a bevy of police power  on the case. Lt. Todd Hankel, commanding officer of LAPD’s West Valley Area detectives, said that the San Fernando Valley Knock Knock Burglary Task Force is targeting the criminal street gang members who have been preying on the residents living in the ritzy communities such as Studio City, Woodland Hills, Encino, Tarzana, Sherman Oaks, Chatsworth and Porter Ranch.

This news comes after Los Angeles Lakers’ Nick Young was the target of a recent theft in February with the criminals stealing cash and other valuables worth approximately $500,000. He’s not the only NBA star losing his loot. On Jan. 30, former Lakers player Derek Fisher’s Tarzana home was broken into, with thieves taking cash, jewelry and more worth approximately $300,000.  Dodgers outfielder Yasiel Puig’s Sherman Oaks home was also hit by the knock-knock burglars.

But it’s not just the Valley that’s getting hit. PROOF had a one on one chat with Detective Dunn of the LAPD and the burglars are hitting homes from Santa Barbara to San Bernadino all the way to Newport. Apparently, celebs living in Malibu are a little safer than others because it’s just so darn hard to get out of Malibu quickly–PCH (Pacific Coast Highway) and the canyon roads leading out of Malibu are the only ways in and out and if those roads get backed up the burglars are stuck with a car full of stolen loot.  According to Detective Dunn, the knock-knock burglars want to get rid of the goods and turn it into cash as soon as possible. Maybe Nicki Minaj who lives in LA and had approximately $200,000 worth of items stolen as well as damage to her home and Alanis Morisette whose Brentwood home was also cleared out should consider a move. (And really it’s an extra bummer for Morisette who suffered another recent financial loss when her manager stole millions from her. Click here for full article on that theft).

But fret not famous people with lots of money and expensive things! According to the LAPD, the task force consists of roughly 30 officers divided among surveillance teams, undercover detectives and patrol cars working to prevent and curb these incidents. And, task forces such as this have been formed in the past and have been effective in reducing the number of burglaries, Detective Dunn told us!  But celebs, watch your dogs because although the goal of the knock-knock burglars isn’t to engage in violence they are known to pepper spray dogs when they encounter them inside homes.

We think it’s great that there is a task force to help stop these crimes but celebs maybe lay off social media and stop tweeting, posting and instagramming your every move and you might avoid being hit. The fact is, when you let the bad guys know where we you at all times, you make it pretty easy on them.