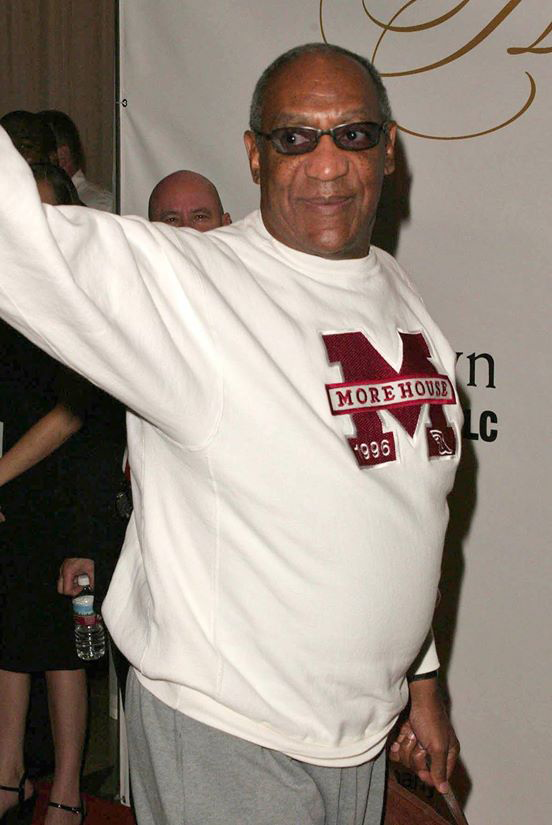 Celebrity Criminal Cases That Have Us Talking in 2017

Celebrity news is fun to follow, but nothing ensnares our attention quite like a star who is mixed up with the justice system. While many celebs find themselves involved with the court system due to divorce or contract disputes, it’s the star that has run-ins with the criminal law system that really gets us talking.

From physical assault to sexual assault and DUIs, count on PROOF to cover the most shocking celebrity criminal cases. Below though you will find a handful of celeb criminal cases that are keeping our attention in 2017.

The always controversial former Disney star was charged with misdemeanor assault and a harassment violation after getting in a fight.  LaBeouf got into a scuffle with the 25-year-old man in front of the Museum of the Moving Image in the Big Apple where Shia was holding his anti-Trump, He Will Not Divide Us protest.  Authorities allege that LaBeouf pulled on the man’s scarf and in doing so scratched the man’s face. While this may be his first arrest of 2017 – we have a feeling he’ll be making more headlines in celebrity news, especially because the 30-year-old has said he’s planning to continue the protest art exhibit for the next four years. That’s right, FOUR YEARS!  The exhibit was originally slated to run continuously outside the Museum of the Moving Image, but due to the controversy, it got shut down on February 10, 2017. No fear though because just about a week later, LaBeouf and his collaborators, Nastja Säde Rönkkö and Luke Turner, announced that the exhibit was relocating to the El Rey Theater in Albuquerque, New Mexico. Sadly though, once again the protest has been shut down. Apparently gunshots were heard in and around it. At the time of this writing, Labeouf tweeted the following: We have taken the stream down after shots were reported in the area. The safety of everybody participating in our project is paramount. It’s a shame that this keep happening, that’s there’s violence in the face of a seeker of free speech, especially with all that’s going in with this Administration. Perhaps this “participatory performance artwork” will reopen and any acts of violence will cease.  As for LaBeouf, let’s hope he will play nice and stay out of celebrity news headlines.

T.J. Miller is one of Hollywood’s newest funny guys, but certainly no one was laughing when Uber driver, Wilson Deon Thomas III, said that the “Silicon Valley” actor slapped him after getting in a dispute about Donald Trump. Talk about some celebrity news drama!

Los Angeles Police Department Officer, Jenner Houser, said that authorities responded to a report of battery at the 6900 block of Camrose Drive in the Hollywood Hills at 1AM. Miller was charged with that battery. He was issued a citation and was quickly released from custody with a promise to appear in court on the matter at a later date.  Despite his quick release, Miller may have to deal with more than just a slap on the wrist for his slap across the face. The driver now claims he suffered violent whiplash from the incident after slamming on the brakes while driving and is now suing T.J. for medical expenses and other damages.

Miller’s attorney has called the lawsuit a “pure money grab” and said Thomas is prone to filing “lawsuits to extort people.” I’m not sure what that is based on as PROOF has searched LA County court records and found only this case with Wilson Deon Thomas as a plaintiff. We look forward to seeing the evidence T.J.’s lawyer has to support his statement.

Though not overly serious, this is one celebrity news tale we are interested in for both civil and criminal ramifications

Anyone spending time on PROOF knows we just can’t stop talking about the fallen funnyman. And, we’re not the only one. Seems like no story since O.J. has grabbed the celebrity news world’s attention than that of the tale of Bill Cosby and sexual assault. Over the past few years, Cosby has been accused of sexual assault, rape, sexual battery and more by over 60 women, spanning from 1965-2008. Despite the abundance of allegations, Cosby has been able to escape the full weight of law because the accusers came forward years after the alleged incidents occurred and well after the statute of limitations had run.

Many thought that Cosby would never see a courtroom despite the mounting complaints against him — that is until Andrea Constand stepped forward one more time.

In January 2004, a former Temple University employee named Andrea Constand alleged that Cosby drugged and sexually assaulted her in his home outside of Philadelphia, Pennsylvania.

In January 2005, the Montgomery County Detectives opened a criminal investigation. On February 22, 2005, Montgomery County District Attorney Bruce Castor released a statement on his office’s website that he found, “Insufficient, credible and admissible evidence exists upon which any charge against Mr. Cosby could be sustained beyond a reasonable doubt.” The case was then dropped.

In March 2005, Constand filed a civil suit against the former “Cosby Show” star. Instead of dealing with the likely celebrity news scandal that would surely follow, Cosby settled with Constand out of court for an undisclosed amount in November 2006.

Over a decade after the settlement, a motion was filed to void the confidentiality agreement that stemmed from settlement of the 2005 civil suit. In court, Constand’s attorney argued that Cosby himself had already displayed a ”total abandonment of the confidentiality portions of the agreement” with his denials of all allegations against him. On July 8, 2015, Judge Eduardo C. Robreno ruled to unseal some of the private documents in that civil case. In his ruling, the judge wrote that Cosby’s role as a “public moralist” was in contrast to his possible crimes. The unsealed documents were made public and showed that in 2005 Cosby had said that he intended to give Quaaludes to young women so that he could have sex with them (he insisted, however, that the sex was consensual).

The celebrity news world was then rocked when, after years of speculation and dozens upon dozens of accusations, Cosby was finally charged with three counts of aggravated indecent assault on December 30, 2015.

Cosby’s attorneys have been fighting these charges tooth and nail ever since. On January 11, 2016, they filed a motion to dismiss the sexual assault charges stating that the local district attorney’s office had promised in 2005 that Cosby would not be prosecuted. On February 3, 2016, Judge Steven O’Neill ruled, “there was no basis” to dismiss the case based on Cosby’s assertions. Cosby’s legal team has made several attempts to have the criminal case thrown out but none have been successful. On September 6, 2016, Judge Steven O’Neill set a trial date for June 6, 2017.  If convicted on all three counts, Cosby faces a maximum of of thirty years in prison and a fine up to $25,000. It should also be noted that Cosby is fighting dozens of civil suits for defamation when, through his lawyers, he called his accusers liars. One of those cases, a matter filed in Massachusetts, was dismissed in February 2017, and though others have also been dismissed, several remain active.

NFL Enterprises Slammed with a Lawsuit: Here’s What You Need to Know
Previous Post
Civil Lawsuits Affecting Four of Your Favorite Female Celebs