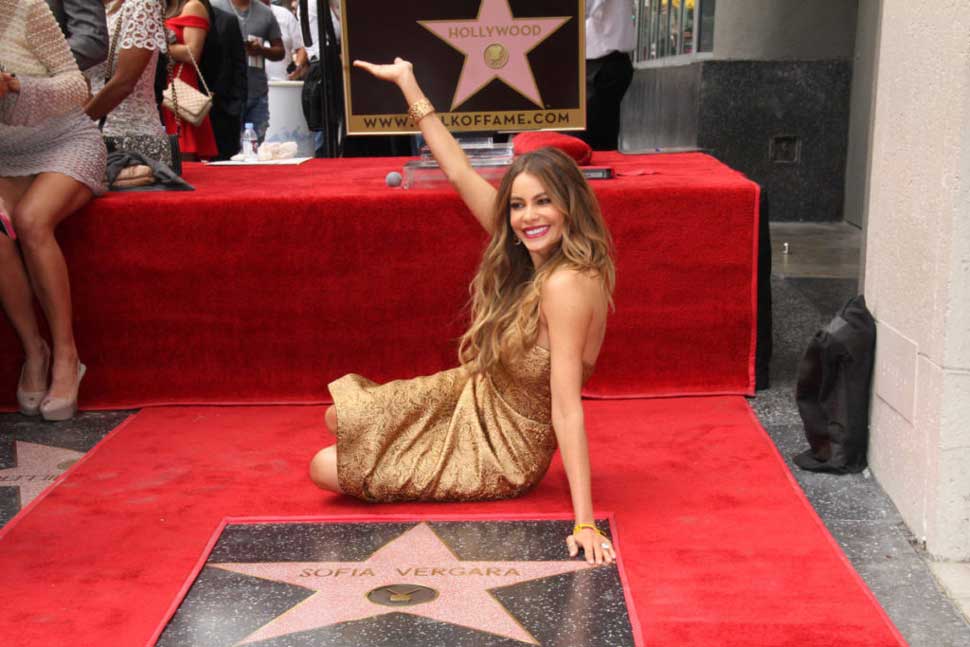 Celebrity news has always been and will always be the talk of the town. Sure people want to know what stars are wearing and who they’re dating. But, what really piques people’s interest is who is suing whom for what and how much!

When celebs find themselves in civil court cases, there is one major thing at stake: money. (That’s basically the main distinction between a civil case and a criminal case. In criminal cases, the focus is freedom; in civil cases it’s finances). No one likes to lose money, including celebrities, and with the resources to fight hard, these big cases usually turn into big legal battles.

Take a look at four of our favorite celebrity civil court cases from the past year and gain legal insight into the stories that rocked the celebrity news world as well as celebrity wallets–those hired guns don’t come cheap!

Celebrity news headlines were made and justice was most certainly served in March 2016 when a jury awarded sportscaster, Erin Andrews, a whopping $55 million in her civil suit against her convicted stalker, Michael David Barrett, as well as the owner and operator of the Nashville Marriott, where a nude video of her changing her clothes was filmed back in 2008. The shocking events sparked public outcry at the time and had many rethinking what privacy means.

The sportscaster, who was working at ESPN at the time of the incident, originally filed a suit for $75 million after Barrett, who was shockingly a former insurance executive, used a hacksaw to create a peephole and record her changing in the privacy of her hotel room. The video was later posted online. Millions watched. As one can imagine, the invasive incident caused Andrews great personal distress.

The unanimous jury deliberated for seven hours and determined that 51% of the fault belonged to Barrett, which amounted to more than $28 million of the total verdict. The hotel’s management company, Windsor Capital Group, and its owner, West End Hotel Partners, were found 49% responsible, which amounted to $26 million.  West End Hotel Partners attorneys claimed that they shouldn’t be held liable because Barrett’s actions were his own and had nothing to do with the company. That argument failed because evidence showed that Barrett went to the hotel restaurant, used the house phone, called the hotel operator, asked to be connected to Andrews’ room, and easily learned her room number because it was displayed on the hotel phone. It was that information that lead him directly to her. Further, how secure is a hotel that makes it possible for another guest to alter a peephole and not get caught? The reality is West End Partners has a duty to protect the security of their guests and when they fail to do so and harm results, they are responsible. The jury was correct in assigning blame to them.

This verdict was important and not just from a celebrity news perspective but for victims everywhere. In fact,  Andrews released a statement after the jury returned their verdict. The statement, posted on Instagram, read: “I’ve been honored by all the support from victims around the world. Their outreach has helped me be able to stand up and hold accountable those whose job it is to protect everyone’s safety, security and privacy,”

It should also be pointed out that prior to the civil case, Barrett was convicted of interstate stalking Andrews in a criminal court case. He was sentenced to 27 months in prison. Let’s hope Barrett learned his lesson and won’t be making any more celebrity news headlines again.

How much is Kendall Jenner’s face worth? She thinks $10 million dollars!

In February 2016, the model/reality star sued skincare company Cutera for unauthorized use of her likeness in ads for their “Laser Genesis” treatment.

The company made a pretty ballsy move when they featured the brunette beauty in an ad that read, “Acne ‘Completely Ruined’ Kendall’s Self Esteem,” and then boasted that Cutera’s Laser Genesis treatment is what she used to get her “flawless skin.”

In the lawsuit, Jenner’s legal team contended that due to their client’s A-list status (Is Kendall an A-lister? ) she should be awarded $10 million for the use of her image. According to documents filed in court Cutera never obtained nor sought permission from Kendall for use of her image. In addition to seeking $10 million for the unauthorized use of her “face” Kendall also asked for a temporary restraining order (referred to as TRO for those into legal jargon) against the skincare company, as well the prohibition of any use of her name, likeness, or identity.

Just a few months after filing, Kendall’s legal team dismissed the case. Though likely less than $10 million, I am certain she received a nice payout from Cutera in exchange for that dismissal. In most jurisdictions when a civil case is dismissed, it done with or without prejudice– the distinction is that when a matter is dismissed with prejudice the case is completely over and cannot be bought again while a dismissal without prejudice allows for a case to be refiled. In Kendall’s situation, the Cutera case was dismissed without prejudice so her attorneys can refile should there be a need to do so.

This is one of the celebrity news cases that we here at PROOF are obsessed with as it addresses complex legal issues regarding ownership of fertilized human eggs.  There has been a lot of back and forth on this between the Sofia and her former fiancé, Nick Loeb. Most recently, Loeb filed a lawsuit against the actress on behalf of the fertilized eggs for the right to live.  Yep, you read that right; Vergara is being sued by her own embryos. Now this one of those celebrity news story for the ages!

This isn’t the first time that Loeb has put up a fight for custody of the embryos or made headlines in celebrity news. The couple created the embryos together back in 2013 when they were still a couple (Sofia married Joe Manganiello of Magic Mike fame in 2015); Loeb sued her in California for custody of them. A California judge sided with the 44-year-old actress, when she requested that Loeb identify two of his previous lovers who had had abortions after he ­impregnated them. Loeb refused to reveal that information and the case was dismissed. He filed this new action in Louisiana. Among other things, this new suit claims that because “Emma” and “Isabella” (yes, the embryos have names!) have not been born, they’ve been deprived of an inheritance from a trust that has been ­created for them in Louisiana. The fact that Sofia’s ex chose to file the matter in a traditionally pro-life state is no accident. Though he allegedly has ties to Louisiana, the embryos aren’t there, Sofia doesn’t live there, and neither does Loeb, he’s clearly looking for a favorable jurisdiction (forum shopping, anyone? More about that in another post!).  Still, the decision in this matter will be a landmark one in an area of the law that remains unsettled. And, with reproductive rights such a hot topic in this era of President Trump, all eyes will be on Sofia’s embryos. One part of this matter that we at PROOF find very interesting is the validity of a previously signed contract between Sofia and her ex that spoke to the subject of the embryos, specifically the part of the agreement that states that neither party could use the embryos without the consent of the other. The issue here is whether that is something that can even be contracted–this is going to be a very interesting legal discussion.

Is it just us or are you glad that the Vergara got rid of this guy and is living happily ever after (seemingly!) with her hubby?  One take-away for all of us–men and women? Think twice about with whom you create embryos or you might find yourself in some not-so-flattering celebrity news headlines or at least in the case caption of a lawsuit!

Beyonce stealing the work of a deceased YouTube star? Seems unlikely but so says a $20 million lawsuit the estate of Messy Mya filed against Queen Bey.  Mya’s family is claiming that Beyonce sampled the gunned-down rapper’s words in her hit song, Formation, but did so without permission.  According to the lawsuit, which was filed in the Eastern District of Louisiana, the estate claims that Mya’s words helped, “create the tone, mood, setting and location of the New Orleans-themed ‘Formation’ video and audio recordings.” The case alleges that the sample was “blatant in both scale and degree” and that Mya “has received nothing — no acknowledgment, no credit, no remuneration of any kind.”

These types of cases are growing in popularity (Bieber is facing a similar suit in relation to his hit son, Sorry) and we have to wonder if these Grammy winning artists simply asked for permission, received permission, and gave a shout out to the original creator, they would never be brought. Certainly there is great financial value to Beyonce giving a relative unknown a little musical credit or some money. And, with a net worth of well over $200 million, she could well afford it.  We at PROOF do not want to believe that Beyonce would steal anyone’s work so we are eager to see how this celebrity news story develops and we look forward to analyzing the evidence uncovered in support of Mya’s claims. 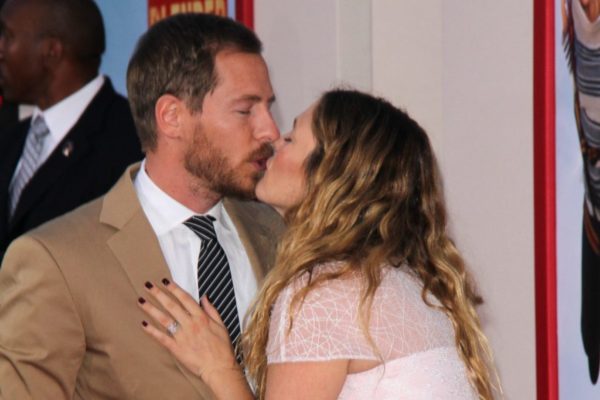