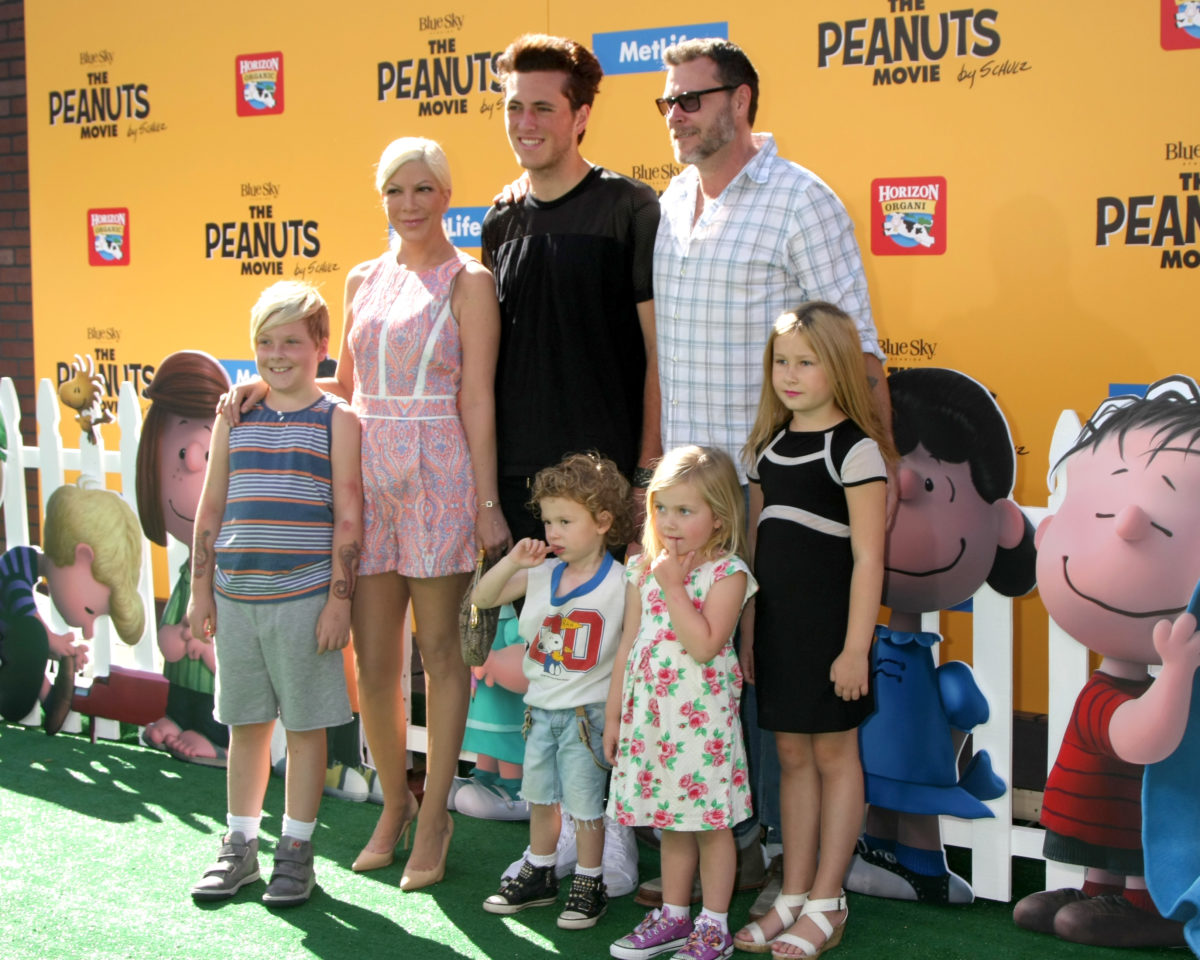 Dean McDermott, husband of Tori Spelling and father of their four (soon to be five) children, has not been making child support payments says Mary Jo Eustace, his ex-wife and mother of their son, Jack

If you’re already not a big McDermott fan because of all that affair drama (among other things!) with Spelling, this article isn’t going to make you like him any more. Basically his ex wife is saying he’s a dead-beat dad who doesn’t keep his word nor abide by a court order. Eustace filed an order to show cause and an affidavit for contempt on January 25, 2017 in Los Angeles seeking to force McDermott to make the payments, which are to the tune of $100K.

In the document, Eustace, who was married to McDermott from 1993-2006 (that’s kind of a long time!), claimed that months ago her ex simply stopped paying child support and alimony for their now 18-year-old son, Jack. As she indicated in the court documents, “The respondent just stopped paying. He is working and lives in a $2 million dollar rental.”

In the documents, Eustace further states: “Order was entered mid September. He stopped paying in November. Also for two years prior, he did not pay and I renegotiated in good faith moving forward in our new stipulation.” Clearly Eustace, a Canadian singer/chef has had enough of this alleged non payment. She  wants the 100k in monthly installments until July 1, 2020. McDermott has been ordered to appear in court on March 9 to address these allegations. What’s interesting about an Order to Show Cause and an Affidavit for Contempt that Eustace filed is that a contempt proceeding is criminal in nature which means that if the court finds McDermott to be in contempt of a prior court order or executed agreement, penalties could include jail, a community service, and fines in addition to fulfilling the payments mandated by the underlying Order. Eustace is not playing around this time.  I am sure when she saw the images of the uber-fancy baby shower for McDermott’s fifth child with Spelling, she was glad she filed those court docs. Yes, we know the rumor mill was swirling that McDermott and Spelling’s pricey baby shower was what prompted Eustace to go to court. Sorry to burst your bubbles, Eustace filed the court docs two weeks before that luxe baby bash on February 11.

McDermott seems to have an  issue with debts-paying them that is. He and Spelling owe almost a million dollars in back taxes and have hundreds of thousands of unpaid credit card bills.  Let’s hope a judge rules soon and Eustace, and her son, can get the money they are owed. No doubt when Eustace goes to bed at night, she’s glad McDermott is not beside her.