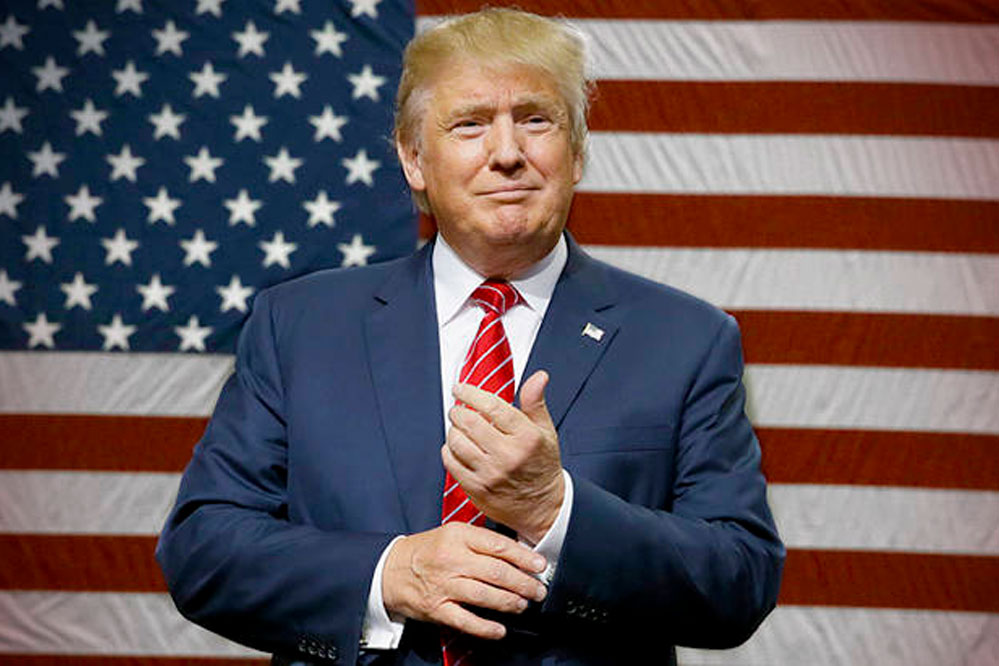 Trump U Lawsuit Settles for $25M, But Not Everyone is Happy With the Deal

President Donald Trump officially settled a lawsuit brought by thousands of students of his Trump University real estate training program for $25 million, but at least one former student does not want to accept it.

Students joined together and sued after they claim they paid for real estate courses that didn’t deliver. They allege they were promised insider information but what they were taught could be found with a simple internet search.

Federal Judge Gonzalo Curiel (who made headlines during the presidential campaign when Trump said he wasn’t capable of being impartial because he is Mexican-American) signed off on the deal in late March, finalizing it despite at least one student, Sherri B. Simpson, who wasn’t happy. Simpson of Florida has objected to the terms of the settlement and has asked Judge Curiel to release her from the class and allow her to sue the president on her own.  She wanted Trump prosecuted for racketeering, and also wanted an apology. Curiel moved forward with signing off on the deal. Simpson can still appeal.

The terms of settlement allow for about 4,000 students to recoup about 90 cents on the dollar of what they paid for the alleged scam classes. Apparently many of the plaintiffs are elderly and desperately need the funds. The lawyers for the plaintiffs said they would waive their fees, and lawyer Jason Forge told the The New York Times, “Once in a long while, this profession yields some good feelings. This is one of those times.” We at PROOF agree with Forge–it is often hard to feel good feelings in the law even when you win. But Forge and the rest of the team “did good” here. They obtained an excellent settlement for the victims, 90 cents on the dollar is solid and the fee waiving means more money in victims’ pockets.  Well done, Jason Forge, you earned those good feelings.

And, actually despite what some think about lawyers, doing legal work for free, which is referred to as pro bono, (short for pro bono publico, which in latin means for the public good) is an integral part of being a lawyer. So much so that the American Bar Association (ABA) considers it an obligation for attorneys to engage in pro bono work. Rule 6.1 of the ABA model rules of professional conduct (these are the rules that govern how an attorney should act in his/her legal capacity) states that: Every lawyer has a professional responsibility to provide legal services to those unable to pay. A lawyer should aspire to render at least (50) hours of pro bono publico legal services per year.

No doubt, the Trump U team spent well more than 50 hours on the case!

Trump, who, as part of the deal does not have to admit fault, claimed in November that the only reason he was settling was because of his presidential win, tweeting, “The ONLY bad thing about winning the Presidency is that I did not have the time to go through a long but winning trial on Trump U. Too bad!”

If Trump hadn’t agreed to the deal, he could have found himself fighting a very public trial while also going through the transition to become president. That’s exactly what seems to upset Sherri Simpson so much. According to the New York Times, she said of the settlement agreement, “For him to go out there and say, well, ‘I didn’t do anything wrong,’ it’s disgusting. I want an apology.” We understand Simpson’s frustration (boy, do we understand your frustration, Sherri!) but in the bigger picture, with the victims recouping much of their money fairly quickly and the avoidance of public, messy lawsuit, we agree with Judge Curiel and the class’ legal team that settling is the better option at this point. We like a good, fair fight too Sherri and that apology would have felt good as well but with Trump that was never going to come easy–or quickly.

Are You Ready to Be a Mel Gibson Fan Again? This Might Just Convince You
Previous Post
10 of the Worst Celebrity Motorcycle Accidents