Do we wish Bill Cosby really was Dr. Huxtable, the wise, fatherly figure in the multicolored sweaters? Or the comedian with the clean yet funny jokes? Yes. But those days are long gone and for a while now the world has known that Cosby wasn’t who he wanted us to believe he was. Despite the fact that Bill Cosby has not yet been convicted of a criminal act or yet been held civilly liable for any of his actions, the stories of more than 50 women could not be discounted; and, luckily they have not. As a direct result of Cosby’s actions, the following three states have changed their laws regarding the statute of limitations on sexual assault.

In the ‘80s, Beth Ferrier and Heidi Thomas, Colorado residents who are now in their 50s say Cosby drugged and sexually assaulted them. They did not immediately come forward with their claims because of fear—fear of damage to their careers and fear of facing the truth of what happened to them.  When they did come forward they learned that their cases could not be prosecuted because they were time barred by Colorado’s ten-year statute of limitations on sexual assaults. These women, stronger now, did not sit idly by and “take the second arrow.” Along with the bipartisan support of Colorado state representatives they fought to have the law changed. And they won. In June 2016, Colorado Governor Hickenlooper signed into law House Bill 1260 which extended the statute of limitations on sexual assaults from 10 to 20 years.  HB 1260 isn’t retroactive which means it doesn’t directly help Ferrier and Thomas but it is the hope and goal of those who supported the bill (which, by the way, passed unanimously in the Senate and by an overwhelming majority in the House)  that it will inspire more victims to come forward, even after 10 or 15 years.

Just as with HB 1260 in Colorado, Nevada Assembly Bill 212 was sparked by Bill Cosby. Lise-Lott Lublin, a Nevada resident claimed that in 1989 Cosby drugged and sexually assaulted her.  She did not come forward for many years and her claims were time barred by Nevada’s four-year statute of limitations.  But Ms. Lublin, her lawyer Gloria Allred and Nevada State Assemblywoman, Irene Bustamante Adams urged Governor Brian Sandoval to enact Nevada Assembly Bill 212.  That Bill, which was signed into law in May 2015 extended the statute of limitations for bringing rape charges from four years to 20 years. Just like in Colorado the new law is not retroactive and does not allow Ms. Lublin’s claims against Bill Cosby to go forward. But Lublin, who was “furious (her own words)” by the inability to pursue charges against Cosby has worked tirelessly to secure change and in doing so has helped countless others who find themselves victims of sexual assault. Here at Proof we are hopeful that this important victory has helped allay a little bit of Lublin’s anger and has helped her feel proud and strong.  Thank you Lise! 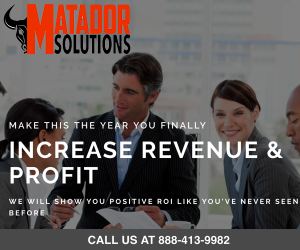 Several of Cosby’s victims resided in California and in each instance their claims of drugging and sexual assault were barred by California’s ten-year statute of limitations. But on September 28, 2016, California took the bold step of eradicating a time limit on the prosecution of sexual assaults. Now, as with murder, people who commit a sexual assault in California can be called to answer for their actions at any time, whenever the victim comes forward. So, if victims fear coming forward or delay coming forward for any reason, “they will always have an opportunity to seek justice in a court of law,” said Senator Connie Leyva, the author of Senate Bill 813. Just as with Colorado and Nevada the law is not retroactive so Cosby’s victims remain unable to pursue charges against him but they, along with, again, Gloria Allred must be thanked for sparking this very critical change.  It is Gloria Allred’s words that so eloquently express the significance of this change: “The passage of this new law means that the courthouse doors will no longer be slammed shut in the face of rape victims. It puts sexual predators on notice that the passage of time may no longer protect them from serious criminal consequences for their acts of sexual violence.” Thank you again to Cosby’s victims, fearless elected officials and others who have taken on this fight and saw it through so that other women can benefit and live with a little less fear of our justice system.

So, yes, while many of us hate Bill Cosby and are anxiously awaiting the day when a Pennsylvania jury convicts him and sends him to jail for the rest of his natural life, here at Proof we do celebrate a modicum of joy in having found a silver lining among the terrible cloud that is former Hollywood funny-man.

Jill Speaks with Insider magazine: Talk to your kids about sexual assault.
Previous Post
Jill Stanley Sounds Off On Kevin Spacey
Next Post