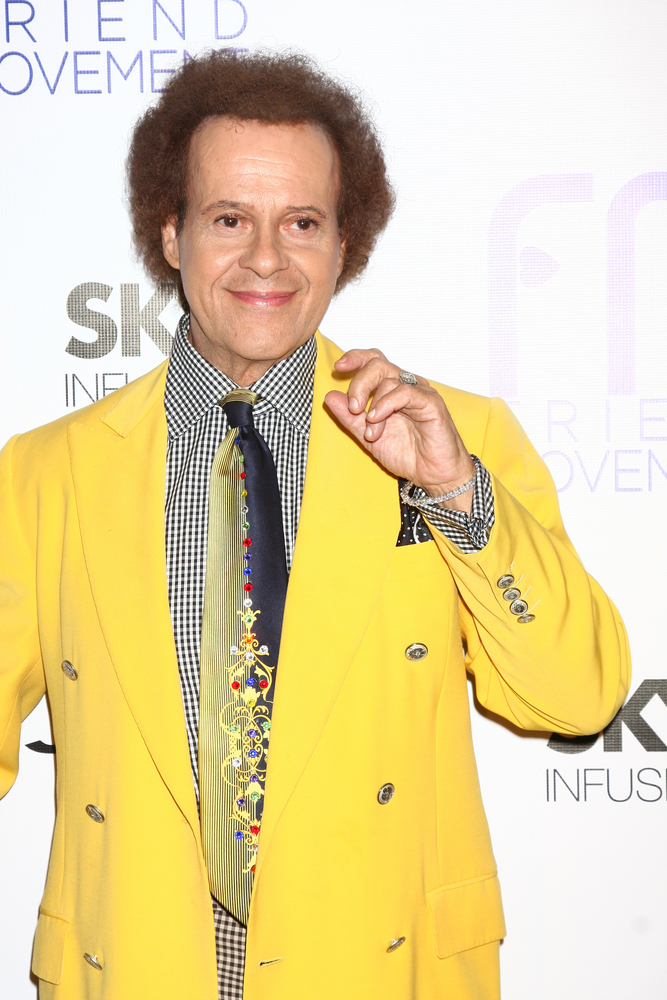 A Los Angeles Superior Court judge has tentatively dismissed a lawsuit filed by Richard Simmons in May against American Media Inc., which publishes both The National Enquirer and Radar Online, in which the fitness icon contended the publications defamed him by reporting between June 2016 and March 2017 that he was transitioning from a man to a woman.

In a cover story that ran in The National Enquirer, the mag claimed that Simmons’ infamous disappearance from public view was due to being transgender. The publication called Simmons “the new Caitlyn Jenner,” claiming Simmons was “now a woman” and going by the name Fiona. They also reported a secret boob job and castration surgery.

Judge Gregory Keosian denied the claim for a very interesting reason — he basically said that being transgender isn’t perceived as being bad. He wrote that being labeled transgender doesn’t automatically subject a person to “hatred, contempt, ridicule or obloquy,” so therefore it’s not defamation.

He did acknowledge that not everyone embraces transgender people, writing, “While, as a practical matter, the characteristic may be held in contempt by a portion of the population, the court will not validate those prejudices by legally recognizing them.”

He pointed out that race is not subject to defamation, and speculated that being labeled transgender could be seen the same way.
An attorney for American Media, Kelli Sager, argued, “There is nothing inherently bad about being transgender” and therefore the defamation suit “isn’t actionable.”

Attorneys for Simmons vehemently disagree with Sager’s assertion. Rodney Smolla said, “There are giant segments of society in this country who endorse the kind of prejudice and hatred and shunning of transgender persons in a way that is dramatically different than the way we treat race in this country.”

A final ruling in the case will be issued shortly. But where has Simmons been? He has been in the news after having essentially disappeared from public view in 2014. Many have wondered why the fitness guru would shun the public after a long career of embracing publicity. Earlier this year, he was the subject of a podcast called “Missing Richard Simmons” in which a former student attempted to discover what he’d been up to since essentially going underground.

But Simmons says there’s absolutely nothing for anyone to be concerned about. He and those close to him have made repeated statements that he’s just fine and merely wants to be left alone. His older brother, Lenny, echoed that on the podcast, “He’s doing what he wants to do, which is kick back and have a quiet life. … For some reason, he wants to be quiet, which is the complete opposite of how he normally is. I don’t understand it, but I have to respect it.”