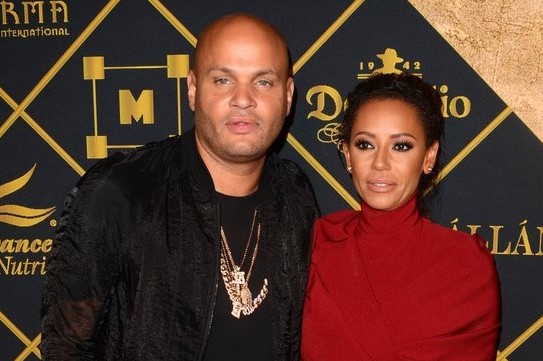 Mel B Gets Restraining Order Against Husband Stephen Belafonte

In a shock to those not close to her, former Spice Girl Melanie Brown, aka Mel B, sought a restraining order against her husband, Stephen Belafonte. (In March 2017, the pop star filed for divorce from him.) In support of the request Mel B alleged that she has suffered years of physical and sexual abuse at Belafonte’s hands during their 10-year marriage. The judge granted the order as to Mel B and also ordered Belafonte to stay away from the children and to immediately leave the couple’s home in the Hollywood Hills.

The America’s Got Talent judge says that the physical abuse began soon after they were married in 2007 and right around the “Dancing With The Stars” finale in November 2007 (Mel B lost); and it has continued since then. The singer claims she tried to leave Belafonte multiple times but he told her that he would destroy her if she left. Brown has said, “I desperately wanted to leave the relationship and tried to do so during our first year of marriage and every year thereafter. When I threatened to leave, [he] informed me he has videos of our sex life and other private moments.” She continued, “[He] would threaten that if I left, he would release the videos to the tabloids. I have lived the past decade in fear that [he] would release intimate videos of me that would embarrass me and damage my reputation and my career.”

Brown also alleges, “[He] often times demanded that I participate in sexual intercourse with him and random women that he brought back to our hotel rooms. If I objected to participating, he would threaten to release compromising videos of me. He would often times surreptitiously videotape these encounters, and, if I discovered the recordings, would beg him to delete them.”

She went on in the docs, “Later, I would come to realize that [his] beatings and abuse would coincide with my career success,” she claims. “When something good would happen to me, he would beat me down to let me know that he was in charge.”

In July 2012, Brown claims Belafonte punched her after he accused her of flirting with Usher on the “X Factor.” She also alleges that he punched her in the face in Prague, one day after the Spice Girls reunion at the London Olympics.

In court docs, Brown also alleges that Belafonte got their nanny pregnant and that he eventually demanded her to get an abortion.

Sadly, we speak of domestic violence frequently here on PROOF and we will continue to do so as an act of solidarity and support for the victims and as a way to educate our readers. The truth is, it is scary to be in an abusive relationship and as the Mel B situation shows, it is scary to try to get out of it.  In fact, when she requested the temporary restraining order, Brown said she feared for her life and that of her children’s lives. She wrote, “I am in fear of my safety and I am in fear of being irreparably harmed as a result of [Belafonte’s] threats. I fear [he] will carry out his threats against me which will collaterally harm the children.” The former couple has one daughter together, a 5-year-old named Madison, whom she is seeking full custody of in their divorce. Brown also has two other daughters from previous relationships — Angel (her daughter with Eddie Murphy) and Phoenix.

Belafonte has denied the abuse. His lawyers issued the following public statement: “What matters most to Mr. Belafonte is the safety and well-being of his daughters and step-daughters. It’s a shame that Ms. Brown elected not to proceed in a respectful and amicable fashion in this very private matter. In due course, Mr. Belafonte will be filing his response to the outrageous and unfounded allegations made by Ms. Brown, which allegations he vehemently denies.”

So, the response Belafonte’s lawyers will file will clearly be to deny the claims. Rest assured PROOF will diligently monitor this case. But with the alleged frequency of the abuse and the public life these two lived there is very likely going to be a greal deal of evidence uncovered–people who worked with and saw Mel B’s injuries are already coming out (thank you, Sharon Osbourne). And that’s what we like best here–PROOF. The more proof. We do wonder what Belafonte has to say about those pictures of Mel B’s bruised face. She’s just clumsy?