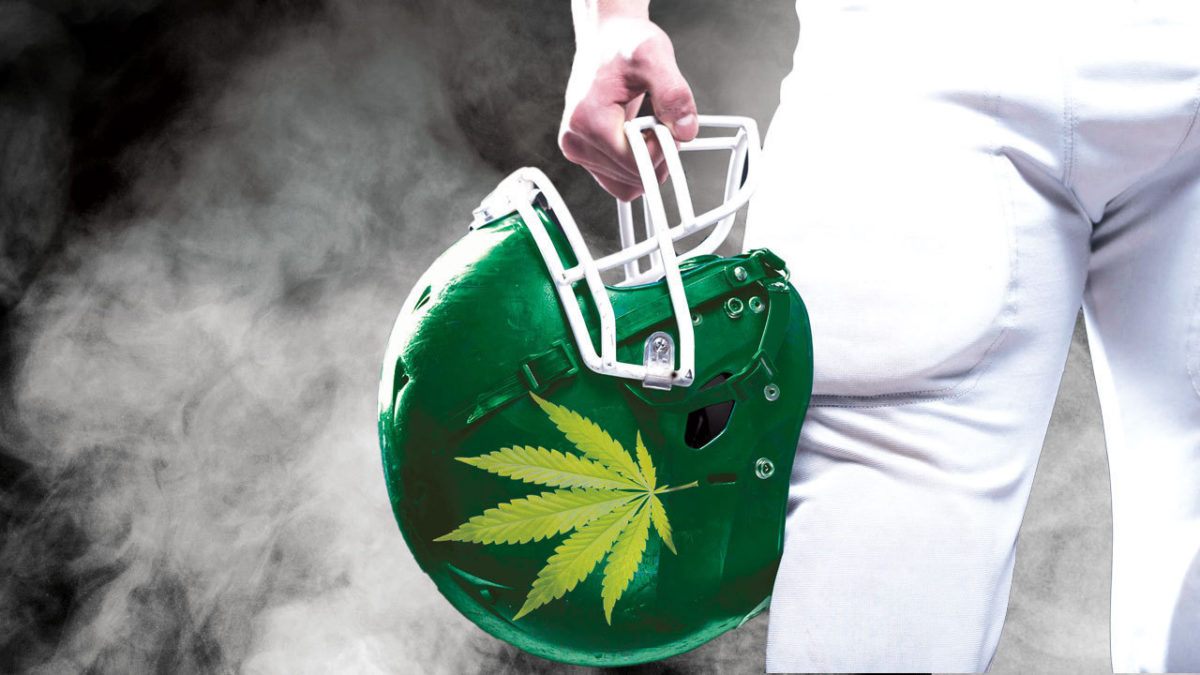 NFL and Marijuana: Does the League Care about the Players?

Pot is now legal for recreational or medicinal use in more than half the country. Some states have only decriminalized it meaning that if you’re found with it in your car or in your pocket it will be treated no more seriously than a traffic infraction. Despite all these changes and changing attitudes in general toward pot, it remains banned by the National Football League—for any type of use. What this means is that if a running back on the LA Rams wants to smoke with friends in the privacy of his Calabasas, California home but then tests positive for marijuana, the League will sanction him.  Same result if that player smokes pot to help ease his chronic pain brought on by years of blocking and tackling.  The League test all players for marijuana use and suspends a player after four violations. In the NFL, the penalty for pot smoking is pretty hefty.

So, why does the NFL not let players smoke in states where it’s legal, like Colorado and California? The NFL stands behind its ban based on the fact that pot is still against federal law and is classified as a Schedule 1 drug.  When something is a Schedule 1 drug it means that the DEA (US Drug Enforcement Agency) considers the drug or substance to have a high potential for abuse and that the drug or substance has no currently accepted medical treatment use in the U.S. (I know it’s almost hard to take this second part seriously as it relates to cannabis).  So, for both the federal government and the NFL, their position is that until there is more research they’re not changing their minds.  Whether sufficient funds are put towards research that they will deem convincing will have to be the subject of another post.

Moreover, players believe there is a hypocrisy to the NFL’s position where team doctors are alleged to hand out opioids and other addictive prescription drugs like candy.  These players say that the League, the doctors, the owners have one goal in mind—and it’s not the health of the player. Rather, it’s simply to get the player back on the field, winning games, and earning money. The fact that many of the drugs team doctors prescribed are highly addictive does not seem to be much of a concern to the League. Some compare the League’s attitude toward this risk of addiction to their handling of CTE (Chronic Traumatic Encelopathy)—they are keeping their head in the sand.  Fact is, players are worried and would prefer to use pot to treat pain.  According to a recent ESPN poll of 226 of them from the AFC and NFC (they were guaranteed anonymity),  59% of those questioned said they are worried about the long term effects of pain killers and 61% said that if marijuana were an allowed substance fewer players would take pain killers.

It should be noted that in November 2016, a group of physicians and experts as well as current and former players signed “An Open Letter to the National Football League.”  Among other things, this letter addressed the benefits cannabis has on treating pain and pointed out that the National Hockey League does not test all of its players for marijuana and that a Major League Baseball player would have to fail multiple tests before being sanctioned for its use, and then the sanctions are almost always fines.  This letter is chock full of eye-opening information about the NFL and marijuana, click here if you’d like to read it in its entirety.

We can’t discuss marijuana use in the NFL and not talk about Buffalo Bills offensive lineman, Seantrel Henderson. The 24 year old Henderson has Crohn’s Disease. If you know anyone who has this disease then you know it is life altering.  According to the Mayo Clinic, there is no known cure for Crohn’s, a disease that causes abdominal pain, severe diarrhea, fatigue, weight loss and malnutrition, and is painful, debilitating and can lead to life threatening complications.  Henderson, however, has found something that eases his pain—marijuana.  And, he’s not the only one.  A study performed by the National Center for Biological Information, which is part of the National Institutes of Health (which is part of the U.S. Department of Health and Human Services!!!) found that cannabis produced significant clinical benefits to patients with active Crohn’s disease.  But Henderson is finding himself between rock and a hard place as it relates to treating his disease. In the 2016-2017 season, he has been suspended twice by the NFL for violating the League’s substance abuse policy due to his marijuana use. The punishment for his second violation was a 10-game suspension without pay; he endured a four-game suspension earlier in the season. But just like the disease from which he suffers, there’s truly a life altering part of this story: if Henderson fails another drug test he will be banned from football for life.

What is Henderson supposed to do? He’s had multiple surgeries since being diagnosed with Crohn’s, his doctors are telling him cannabis is the best treatment, but the League refuses to carve out an exception.  He did try to appeal his suspension, which would have lessened the risk of a lifetime ban, but he was unsuccessful. So Henderson is left in a very difficult situation. If he stops smoking, his health suffers and he risks his life; if he continues to smoke and tests positive, he risks his livelihood. Not an easy choice for a sick 24 year old member of the NFL.