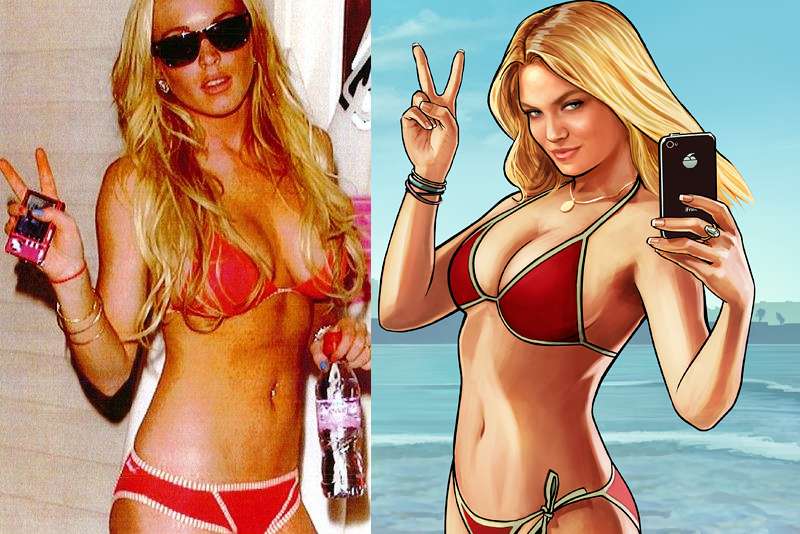 Game Over for Lindsay Lohan in Video Game Case

Lindsay Lohan is no stranger to the judicial system, but this time she was a plaintiff (not a criminal defendant) seeking compensation from Grand Theft Auto V’s  (GTA V) developer, Rockstar Games, and parent company, Take-Two Interactive Software, for featuring a game character, Lacey Jonas, allegedly modeled off of her. Karen Gravano, star of Mob Wives, filed a separate suit against the same defendants, claiming that another game character, Andrea Bottini, resembled her appearance, her voice and her life story.

The basis of both claims were similar: a violation of a New York right-of-publicity law which says that use of a person’s image or voice for advertising or trade purposes is unlawful without consent from the individual.  Both Lohan and Gravano argued there was no prior permission or consent to use what they claimed were their images and/or voice. As for Lohan’s claims, the lawsuit noted two specific images of a “red bikini girl” that are seen on the GTA V box cover and at the start of the game. Ms. Lohan’s legal team contended that the cartoon blonde woman is a rendition of Lohan whose bikini, accessories, hair, and peace sign all resemble her. The lawsuit states “The Plaintiff has been using the peace sign hand gesture for years before and after its use in the video game.” The second image at issue appears on the disc cover and displays a woman being frisked by a police officer. The character is wearing a fedora style hat, sunglasses, daisy dukes and a white tee shirt with words Love First on it. Lohan’s lawyers claimed that the defendant “capitalized on the use of [the Plaintiffs] clothes style” and that there appeared to be an LO on the character’s shirt  which is “subliminally suggesting ‘LO’ for Lohan”.  Not sure how else you can spell LOVE without an “L” and an “O” but Lindsay’s lawyers still made this claim with a straight face. They further argued that a GTA V player avatar, whose mission includes helping a celebrity actress escape the paparazzi, includes identical events to Lohan’s real life (like all the fun times she had at Chateau Marmont where she allegedly racked up more than $45,000 in unpaid bills).

In March,  a New York judge denied Defendants’ motion dismiss the case. They appealed that decision and, on September 1, 2016, an appellate panel of 5 judges, who combined the Lohan and Gravano matters as they addressed the same legal issues, dismissed the lawsuits, saying “…this video game does not fall under the statutory definitions of advertising or trade.” Basically this means that even if the depictions of the characters did resemble Lohan and Gravano the right of publicity law on which the claims were based was not applicable and did not provide legal protection. The judges found that the game lacked direct name references and exact facial features of Gravano and Lohan and that it had its own unique story, characters, dialogue, and environment.  All of that combined with the player’s ability to choose how to proceed in the game, render it a work of fiction and satire and therefore protected by the First Amendment. Who knew Lindsay Lohan would play a role in the development of constitutional law??

Well, looks like it’s Game Over for Lohan and Gravano—unless they appeal; and I don’t think that’s likely.

These 5 Classy Celebrities Are the Definition of Courtroom Chic
Previous Post
The Case We Can’t Stop Talking About: The People V. O.J. Simpson