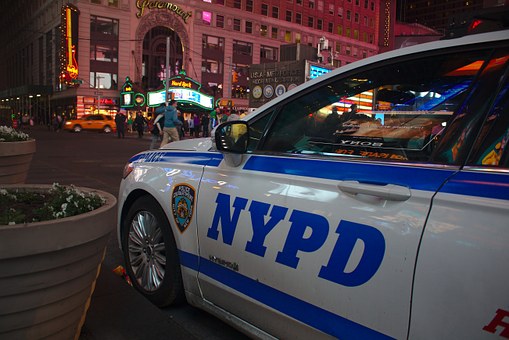 Mario Batali was accused of sexual misconduct by four women back in December 2017, and while he may have thought the worst was over and even talked about rehabilitating his life and career after the allegations surfaced, turns out things have gotten much worse for the celebrity chef as he is now being officially investigated by the NYPD for two sexual assaults.

Batali is known for his appearances on Food Network shows like Iron Chef and MoltoMario and for his time as a ABC daily talk show host on The Chew.He has been in the business for nearly two decades and owns restaurants all over the globe, some of them with Michelin stars (that means he’s a really, really recognized chef).

The Spotted Pig and Babbo

On Sunday, May 20th2018 a woman told Anderson Cooper on 60 Minutes that in 2005 she was invited to a party at The Spotted Pig, well known New York restaurant in which Batali is an investor.  The woman, who remains anonymous was a server at one of Batali’s restaurants, says that she woke up on the floor, battered and with semen on her skirt. She believes that she was drugged—some of the last things she remembers is sitting on Batali’s lap, him kissing her, and then her throwing up.

She confronted Batali, asked him about the incident, but he would not speak with her. She went to the hospital, a rape kit was taken, and although she reported the incident she did not file a formal complaint and apparently, no further investigation took place at that time. She didn’t report it then because “you know, a young actress, no resources, no money…I couldn’t do it.” Sound familiar?

The second allegation being investigated was reported to NYPD late last year, presumably after the sexual misconduct allegations and Batali’s “mini” mea culpa (see below) surfaced and centers around claims by a woman who says that back in 2004 she lost consciousness in Babbo, one of Batali’s New York restaurants and that when she came to, Batali was on top of her.

Batali Admits to Bad Behavior, enough for his Wife to Stay Apparently

Batali denies the assault allegations, but has owned up to inappropriate sexual behavior at his restaurants. When those first allegations came out in late 2017, he said that, though he didn’t know the four women who initially came forward against him, “much of the behavior described does in fact, match up with the ways I have acted.” He also later said, “I have made many mistakes and I am so very sorry that I have disappointed my friends, my family, my fans and my team. My behavior was wrong and there are no excuses. I take full responsibility. He added a cinnamon roll recipe to his posted apology (yup, nice touch, huh?) and said he would work hard to regain everyone’s trust and respect.From there, more and more horror stories emerged of Batali groping female servers at his restaurants.

Note that Batali has been married for over 20 years to Susi Cahn (whose father founded Coach leather goods) and has two adult sons, both of whom are following in his food-centric footsteps. We can only imagine how devastating this is for them. At the time of this this writing, there have not been any reports that Cahn has left Batali.

Batali isn’t the first renowned restaurateur to be accused of sexual misconduct. In fact, apparently that type of behavior is pretty frequent in the restaurant business. We don’t say that to excuse but rather to expose the dirty underbelly of the allegedly glamorous world of high end (and not so high end) restaurants.  Since the allegations came out against Weinstein in October 2017, Johnny Luzzini, who was a chef and judge on ABC’s The Great American Baking Show has been accused of sexually harassing at least 6 employees. Charlie Hallowell, a celebrated San Francisco chef and owner of three restaurants had to step away from his businesses after being accused by 17 women. John Besh, a celebrity chef and high-profile New Orleans restaurateur had to step down from the company he founded and co-owns after being accused of fostering a culture of sexual harassment in the workplace by 12 women.

The Spotted Pig Rape Room and a Female Chef

Ken Friedman, a Batali friend, well known restaurateur, and owner of the The Spotted Pig where the alleged 2005 Batali assault occurred, was accused by 10 women of making unwanted sexual advances and had to step away from his restaurants. One of the worst things about Friedman and The Spotted Pig? The third floor of that restaurant was often referred to as the rape room– we leave you to insert further details as to why that moniker came about, and stuck.

What is particularly disturbing about The Spotted Pig is that the kitchen is helmed by a famous female chef, April Bloomfield. Apparently, female workers had complained to Bloomfield about what was going on in the restaurant and with Friedman, her long time collaborator, and, not only did Bloomfield allegedly not take action but she basically told the women that’s the way it is and they should deal with it. Bloomfield denies this and says she did report instances she knew about to human resources. However, now in the wake of the 60 Minutesinterview, she has officially ended her relationship with Friedman. Better late than never.  Thank you, Chef.

Looks like the #metoo movement is coming for the allegedly sexual harassment laden food industry.