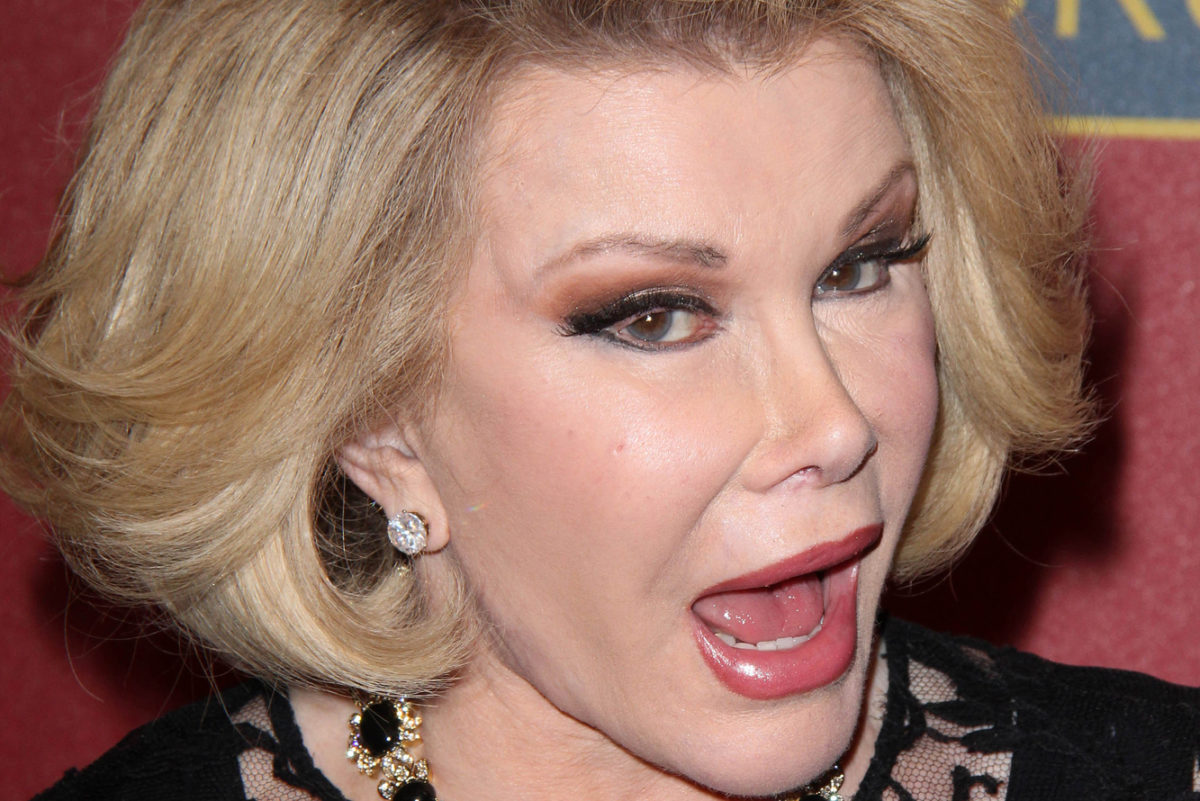 At 81, Joan Rivers was enjoying something of a Hollywood rebirth. At the helm of the television show, Fashion Police, her wry commentary was garnering fans of all ages, all over the world. To anyone with a set of working eyes it was more than obvious that Joan was not one to shy away from cosmetic surgery. She regularly admitted that she had lots of it—from a face-lift to a neck lift to eye surgery, among many other procedures. So, on September 4, 2014 when she visited the Yorkville Endoscopy Clinic (hereinafter “the Clinic”) for an endoscopy no one was worried that anything would go wrong with this pretty routine procedure, after all, she was a frequent visitor to the operating room. But sadly, things did go wrong, terribly wrong. Joan went into cardiac arrest on the operating room table, was rushed to Mount Sinai Hospital, and died a week later.

In 2015, Melissa Rivers, Joan’s daughter, who has appeared on television with her mother, filed a medical malpractice lawsuit in New York. In that suit, Melissa claimed that doctors performed unauthorized medical procedures, took a selfie in the operating room with Joan while she was anesthetized, and failed to act as her vital signs deteriorated. Specifically, the suit alleged that doctors performed a laryngoscopy on Joan’s vocal cords, a procedure for which they did not have consent. Moreover, apparently the anesthesiologist in the operating room that day voiced concern as to what that procedure would do to Joan’s ability to breathe, but that Lawrence Cohen, the gastroenterologist performing the endoscopy, summarily dismissed that concern. The Clinic and the doctors involved initially denied all of the allegations (Though in November 2014 the Clinic did confirm that Dr. Cohen was not currently performing medical procedures there nor was he serving as the Clinic’s medical director).

In May 2016, the Clinic settled Melissa’s lawsuit for a confidential amount. Given Joan’s earning capacity, even at the age of 81, combined with the facts surrounding her death I can tell you that the settlement was likely very substantial. It is important to note that despite the Clinic’s initial denial of wrongdoing and the fact that the settlement is confidential (Post settlement Melissa stated that the Clinic did ultimately admit fault) the Centers for Medicare and Medicaid Services performed an investigation in connection with Joan’s death. Those records are public and what they found was this: the Clinic did not have properly recorded medication records, the doctors did take those alleged selfies, the Clinic had not received informed consent for all of the procedures they performed on Joan that day, and the staff hadn’t recorded the comedian’s weight before sedating her (weight is one factor anesthesiologists consider when determining the amount of anesthesia required). Moreover, it should be noted that in 2015, because the Clinic failed to correct deficiencies implicated in her death they were prohibited from having its services paid for by Medicare and Medicaid funds. What exactly are the people at Yorkville Endoscopy thinking? Disgraceful. There is no doubt that Melissa was relieved to settle the matter rather than endure litigation—it would have been long and emotional. And the fact that those selfies remained protected and not released to the public is also a good thing.

As you may know by now about me and about PROOF, in general, we try to find some good in even the most tragic of situations, so if there is to be one positive thing to come out of Joan’s death it is that Melissa Rivers has stated that she “will work towards ensuring higher safety standards in out-patient surgical clinics.” That work is very important as according to a 2011 study by the Journal of American Medical Association the proportion of successful lawsuits filed by outpatients or their families has reached 43% of total malpractice suits and is growing: In 2009, more than half of adverse events leading to malpractice suits occurred in outpatient setting, resulting in settlements that added up to $1.3 billion.” With so much work clearly to be done in this area, having a powerful voice like that of Melissa Rivers behind the fight is impactful. We are sorry for your loss Melissa and Cooper, we were big fans. Rest in peace, Joan Rivers.

Wolf of Wall Street and War Dogs: More in Common than Jonah Hill
Previous Post
Selling an Oscar? “We’ll Give You $1,” Says Academy
Next Post