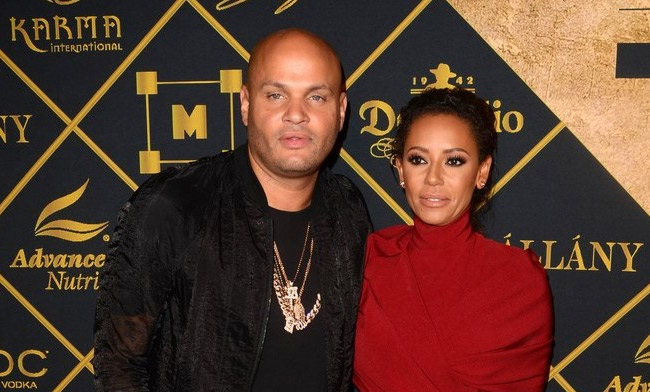 Kevin Dillon
Entourage star Kevin Dillon is the latest Hollywood celeb to shell out big bucks to an ex for spousal support as part of a divorce settlement. Dillon and ex, Jane Stuart, have an 11-year-old daughter, Ava, and it has been reported that he has agreed to pay Jane $3,174 a month in child support for Ava and to pay Jane $7,214 in monthly spousal support. Dillon is reportedly worth at least $10 million. Johnny Drama is just one in a long list of Hollywood celebs shelling out the dough to an ex. Here are some of the most recent payouts and requests . . .

Mary J. Blige
All Mary J. Blige wants is “No More Drama” but her marriage to Kendu Isaacs was full of it. Isaacs not only cheated on Blige, but during their divorce proceedings earlier this year, he requested $130k in spousal support. Fortunately, the judge agreed that that number was off the charts and he ordered Blige to pay Isaacs $30,000 a month, still a rather ridiculous sum. The couple was married for twelve years. Keep singing and succeeding Mary so that you don’t feel one ounce of pain from this monthly bill!

Aisha Tyler
Aisha Tyler’s marriage of over 20 years to Jeff Tietjens met it’s end in early 2017, and despite the fact that documents say the split was amicable, Tyler is shelling out huge bucks to her ex. “[Tyler] shall pay [Tietjens] $500,000 in cash,” the divorce agreement states. In addition, Tyler will pay Tietjens $31,250 a month over the next four years, which totals an additional $1.5 million. We’re big fans of Aisha’s and stand behind her in this time of incredible personal change. And, we love what she recently posted on twitter: “Life is about change. Sometimes it’s painful. Sometimes it’s beautiful. Most of the time, it’s both. Be brave, everyone. Be brave.”

Sherri Shepherd
Sherri Shepherd’s case is paying child support to her ex-husband, Lamar Sally, who has sole custody of their son, Lamar Sally Jr.  The almost three-year-old was conceived using Sally’s sperm and a donor egg, and was carried via surrogate. What’s interesting is that Shepherd has no genetic connection to him and the couple split prior to the child’s birth. In November 2015, a Pennsylvania court of appeals upheld a decision stating that Shepherd’s name would remain on Lamar Sally Jr’s birth certificate and Shepherd would be responsible for paying child support. She currently pays $4,100 a month; recently Sally Sr. has requested more.

Mel B
There are rather vile allegations swirling around about Scary Spice/Melanie Brown’s (a.k.a. Mel B) marriage to Stephen Belafonte and, truth be told, we simply can’t wrap our heads around the amount of money Belafonte has requested for spousal support! As many know, Brown is ending her ten-year marriage to Belafonte amidst allegations of domestic violence, infidelity, and some other unspeakable behavior (click here for more info on this). Brown obtained a restraining order against Belafonte and this lovely ex is asking the Spice Girl for emergency spousal support, upwards of $20,000 a month. He has requested $11,000 for housing, $750 for his cell phone bill, $4,300 for groceries, and $2,000 for clothing. Brown has called his requests “exorbitant.” Bet you all know where we at PROOF stand.

Mike Epps
Mechelle Epps supported her husband Mike Epps and his comedy career for years by holding down their family and raising their daughters. They’re splitting after ten years of marriage and she’s claiming that while they were married, Mike actually forbade her from working, and now she’s not able to find a job because, at age 36, she is “too old” for one. In addition, Mechelle says she needs $600 a month to cover the cost of her mother’s car, $3,500 a month for nannies, $72,000 for their girls’ private schooling, and additional money to literally keep up appearances (hmmm . . .). All of this adds up to a request for $109,000 a month to support herself and their two daughters. As of now, a judge has not made a decision regarding the amount of the monthly payout but until we know exactly what Mike earns his other debts, and the true expenses for the Epps women to maintain their lifestyle, we’re thinking Mechelle may not be seeing the full 109k she is requesting.

Oh, to live that celebrity life, where seemingly one needs a cool million to survive every year. We’re not knocking it, just prefer to live in the real world–we guess.

Usher Is Ringing in 2019 As a Single Man: Here Are the Details on His Divorce
Previous Post
Baby Mama Drama for Attorney Christopher Darden