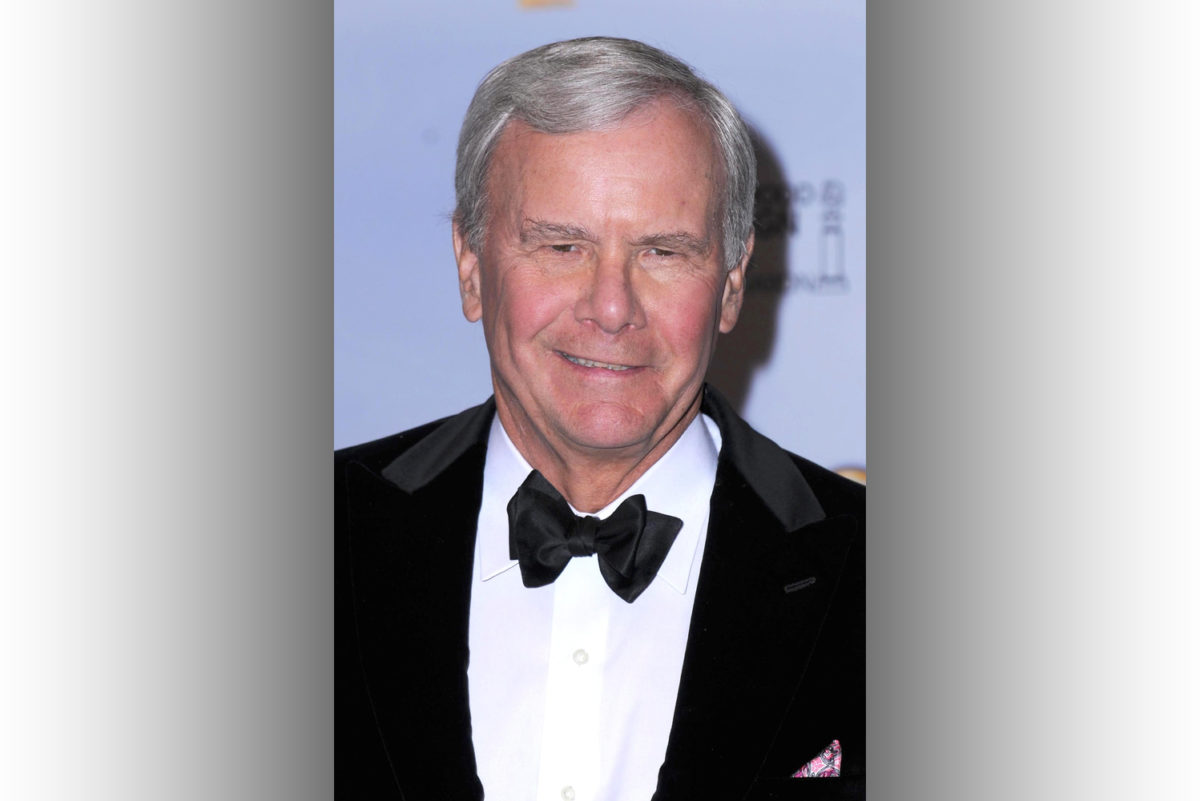 Welcome to the club, Tom Brokaw

Matt Lauer, Roger Ailes, Charlie Rose, Bill O’Reilly. What do all of these men have in common? Well, they were once respected journalists and members of the media. Now, they all stand accused of having sexually harassed or assaulted women with whom they’ve worked.

O’Reilly was accused back in October of 2017, was promptly let go from his Fox News job (but not without a hefty payout) and now sticks to commentary on Twitter. Matt Lauer has been laying low since he was accused and let go from NBC in November of 2017. Roger Ailes resigned as CEO from Fox News after he was slapped with a sexual harassment suit in 2016 and faced allegations of sexual misconduct from multiple women including Megyn Kelly. Charlie Rose was accused by eight women of sexual harassment and was subsequently fired from CBS This Morning.

We now add Tom Brokaw to journalism’s bad boy’s club list. Linda Vester, a journalist who served as a war correspondent for NBC News in the 1990s, an anonymous accuser, and Mary Reinholz, a journalist who just shared her own Brokaw story as a show of support to Vester all have described incidents of sexual misconduct by Brokaw. (Brokaw, in his wholly self serving statement, said Vester was holding a grudge and that she made her false grievances public because she “failed in her pursuit of stardom.” Right, Tom, because it’s really gratifying to speak out on the national stage about sexual harassment).

As most know, for decades Brokaw has had a very, very successful career anchoring NBC Nightly News and hosting Today and Meet the Press. In a series of interviews with Variety, Vester alleges that Brokaw tried on two separate occasions to get her to kiss him, showed up at her hotel room uninvited, and groped her in a conference room. She was 28 at the time and says she was worried about retaliation if she had reported the incidents back in the late ‘90s. Vester’s inner conflict was exactly what other #metoo victims describe.

As for the anonymous accuser, she told The Washington Post that in early 1990’s when she worked as a production assistant, Brokaw, “put my hands under his jacket and against his chest and pulled me in so close and asked me, ‘How is your job search going?” Apparently, he also invited her to his office. She did not go.

Once Vester’s story became public and she was accused of grudge-holding, Mary Reinholz, a journalist, shared her encounter with Brokaw in a detailed account in The Villager, a local NYC paper. In California in 1968 (yup 50 years ago!), Brokaw had been helping her with a story when he tried to forcibly kiss her. Apparently, when Reinholz pulled away, reminded him he was married and rejected him, he then magically saw the error of his ways (at least towards his wife, that is) and said, “Yes, it would be unfair to Meredith.” Brokaw married Meredith in 1962 and remains married to her today. Can’t imagine she’s too happy right now.

Brokaw did not take the Vester and anonymous woman’s allegations lightly (at the time of this writing he has not had an official response to Reinholz’ account) and issued a public statement about how he was in fact being victimized and that the allegations are false. What’s interesting is that 60 women in the media are ready to back him up. Rachel Maddow, Maria Shriver, Andrea Mitchell are just some of the women who signed a letter in support of the anchor, saying that he is a “man of tremendous decency and integrity.”  We at Proof are big fans of many of the women who signed the letter but the minute we heard about this “petition” it didn’t sit easy with us at all. In fact, in a rather rare event, we agree with Megyn Kelly, who said about his defenders, “You don’t know what you don’t know.” And she is right. Somehow it feels like the tip of the iceberg with Brokaw.

Worse still in this situation is that NBC staffers are saying that they felt pressured to sign the letter. Not necessarily in an overt way but that it circulated throughout the office and the pressure was on, it was made pretty clear that they were to sign the letter and show support for Brokaw. What???!!!! In 2018? In this post Weinstein, post Cosby conviction era? Did this really happen? Yes, dear readers, it did. But, thankfully, it was exposed very quickly and now we are talking about it. Want to talk about it with us? Shoot us an email at jill@proofwithujillstanley.com or DM us on Instagram at Proof with Jill Stanley.

Will lawsuits be filed?

And, one last thing: though the law “cares” about how long it takes victims to speak up with statute of limitations time deadlines passing thereby prohibiting the filing of lawsuits (the statute of limitations vary by state but they’re pretty short. Generally, these types of suits must be filed within one to three years from the date of the conduct), in today’s world, victims who speak out, who join the national discourse in order to hold people accountable, to help push this culture shift forward, who call out the shameful behavior of seemingly all powerful men should be applauded. And, in truth, they are fighting in the only court currently available to them–that of public opinion. So, we say to you, Vester, Reinholz, and others, let us be on your jury!

Will Kate Middleton Topless Photo Lawsuit Make the Paparazzi Back Off?
Previous Post
Cardi B Gets True Taste of Fame: Her Former Manager is Suing Her