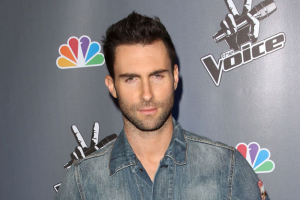 Can You Put a Price on Fame? These 3 Celeb Incidents Show the Cost

Many of us think we’d trade pretty much anything for fame and the money and power that goes along with it. This is especially true for those in the creative world: starving artists waiting and working so hard for that big break. But once it comes, life will never be the same, and not necessarily for the better.  Let’s look at the three events of Fall 2016 that, but for fame, would likely have never befallen these celebs.

It may be a little unpopular to admit or even to call her a creative but I’m a Kim K fan. To be fair, I don’t watch Keeping Up With The Kardashians (well, not on purpose anyway), I don’t follow her on Instagram, and I don’t buy any of the products she promotes but I’ve always had a soft spot for her. Why? Because Kim pretty much stays out of trouble. You never hear about her using illegal drugs, drinking excessively, or having dramatic public breakdown (her husband maybe, but not her). She rarely speaks derogatorily about anyone (she may have skirted the line with Taylor Swift, but I blame most of that on Kanye) and, most importantly, she’s pretty darn self-aware. Who can forget her Instagram post, “#NotBadForAGirlWithNoTalent, on the day her Forbes magazine cover came out with the headline “She Made 45 million From One Game.” But it is precisely her fame and the wealth that comes with it that made her the target of a violent crime in Paris on October 3, 2016. Think about Kim that night, but try to wipe from your consciousness her fame, the carefully curated social media image. She was just a woman, a mother, sleeping soundly in a supposedly safe place, woken up by masked men, pulled from her bed and tied up, her mouth taped.  She thought she was going to be raped. Really think about that. What if this were happening to your mother, your daughter? And those that say she asked for it by flaunting her lifestyle? In my opinion Kim no more asked to be the target of a violent robbery by posting images of her in her jewels than a rape victim asked to be raped because she dressed seductively. What a backward, victim-blaming thought. What happened to Kim was scary, life altering, and criminal and it would not likely have happened if Kim was just the daughter of a lawyer.  Since the attack, Kim has basically withdrawn from social media, changed the entire way she has lives, her husband has undergone a serious mental breakdown. Her life, since that terrible night in Paris, has not, nor will it ever be the same. And despite video footage, the case seems to be stalled—there have been no arrests, no recent comment from Paris police. All Kim can do is wait. Wait and see if the perpetrators are every brought to justice.

Shaun Anthony Haywood has been arrested and charged with attempted murder, aggravated mayhem and assault with a deadly weapon by the LA County DA’s Office. He stands accused of entering Miranda Kerr’s Malibu property and slashing a guard’s face with a knife; the guard shot Haywood during the confrontation. Fortunately, Miranda nor her young son was home at the time. I live only a few miles from there and I can tell you this type of incident is very rare. Malibu, contrary to what many people think, is a sleepy, beach town, where surfers outnumber celebs and there’s barely a car on the road after 10:00pm (except maybe in the Nobu parking lot).  Again, lucky that Miranda wasn’t home and luckier still that she had security that prevented her home from being invaded. But as with Kim, think about this—is this how you want to live? Needing round-the-clock security? Not feeling safe in your own home? In a magazine article published just two months prior to the attempted invasion, Miranda was quoted as saying about her home that it was a “sacred space,” a calm refuge from her hectic schedule filled with reminders of a happy childhood.  Apparently, Miranda has said she doesn’t want to return there.  That’s a shame.

To me one of the saddest celeb stories of Fall 2016 was the allegation that Adam Levine, the tattooed lead singer of Maroon 5, and favorite coach on The Voice, had abused his infant child and his wife, Behati Prinsloo. The report was made anonymously to the LA Police Department.  And, because they are mandated to investigate every report of child abuse, the police had no choice but to do so. Imagine Adam Levine, proud new father, having to answer questions about how he interacts with his infant daughter and wife. Thankfully, the investigation was swift and the case was closed just as swiftly as no evidence of abuse or domestic violence was found. But this experience will likely haunt Adam for a very long time. As the report was baseless, does he have any recourse? Can he sue the anonymous tipster? Would the DA charge the tipster criminally for false reporting of a crime? In California, people who are not legally mandated to report child abuse allegations (like teachers or doctors) can do so anonymously.  Mandatory reporters are immune from civil or criminal liability and so are others, like the anonymous Levine tipster, unless it can be proven that a false report was made and the person knew that the report was false or was made with reckless disregard of the truth or falsity of the report.  So, from what we know, it seems that this tipster falls into that category. But is it really in Adam’s best interest to pursue a civil claim or seek to have the tipster prosecuted? Probably not. The best choice for him is to let the whole thing go way quietly.  And as with Kim and Miranda, but for his fame in all likelihood he would never have had to endure this awful experience.

So, the next time you feel pangs of jealousy watching a celeb on the red carpet, dressed in designer clothes, bright lights flashing or look at your Instagram followers and wish you could count yours in the millions (or the thousands even!), remember, there is a price for fame. Sometimes that price might just be too high.