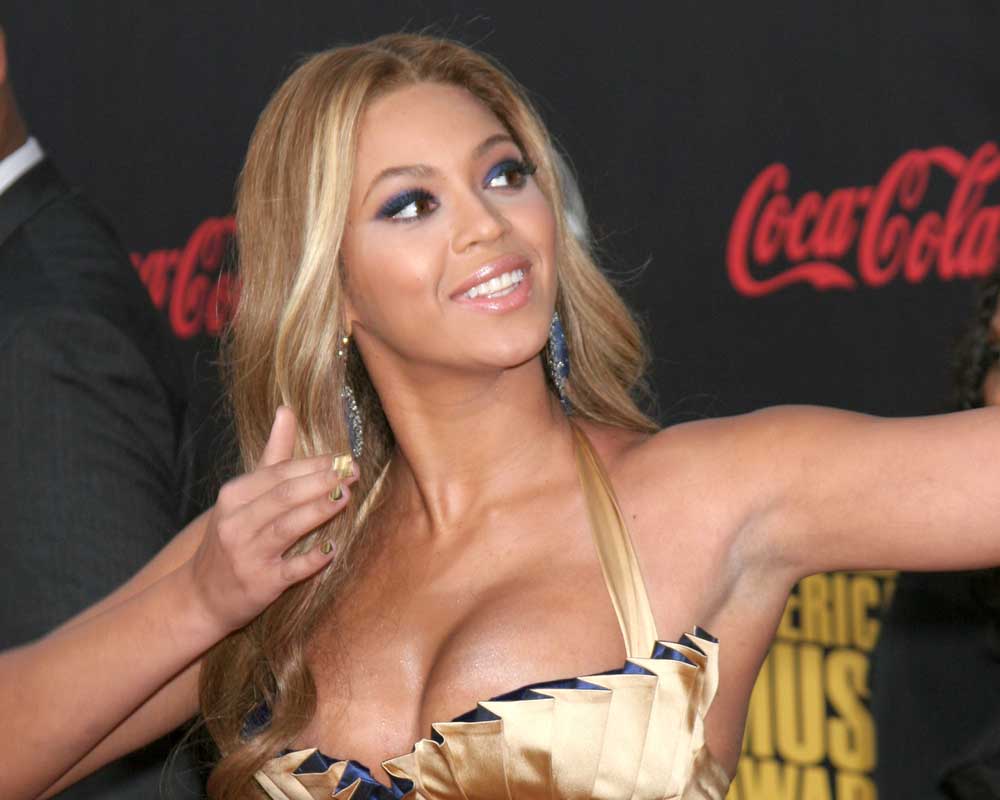 Several celebs have tried to trademark their name or, in Beyonce and Jay-Z’s situation, in addition to their own names, that of their children. What is a trademark and why do celebs want them? A trademark, that little ™ we see next to a word, phrase, symbol, or design, helps us identify and distinguish brands or services from others. Whoever has that trademark registered is the person/company/brand who can use that word, symbol, phrase, etc and can legally prevent others from doing so. Why do celebs (or anyone for that matter) seek a trademark? Bottom line? It’s very valuable from a brand perspective.  Beyonce and Jay Z haven’t garnered a combined net worth of approximately 875 million by being lazy with their business decisions– they are careful and protective with their brand(s). So, they are making a second attempt at trademarking daughter Blue Ivy’s name.

Back in 2012, when their daughter was born, the celeb parents filed a trademark request for “Blue Ivy.” They were thwarted when Veronica Alexandra of Boston’s Blue Ivy Events filed her own trademark request, claiming her business had been using the name since 2009 — three years before Blue Ivy became the apple of her parents’ eye. The U.S. Patent and Trademark Office (USPTO) sided with Alexandra, allowing her to continue using the name in the event and wedding planning space.

In January 2016, the Carters tried again, this time filing a trademark based on their daughter’s full name —  “Blue Ivy Carter.”  Blue Ivy Events is once again trying to block that. In a recent filing, the company stated that the Carters have no intention of using the name to market products but rather want to stop others from doing so. (One of the legal requirements for filing a trademark is that you have to prove that you are using, or intending to use, the trademarked name or phrase. You can’t get a trademark simply to prevent others from using the “mark.”)

Don’t feel too bad for the Carters. They own tons of trademarks. Beyonce has registrations on “Beyonce” “Sasha Fierce” “Yonce” and “Beyhive, among others. Hubby owns Jay Z and Shawn Carter, and like his wife, many, many others as well.

Kylie Jenner is another celeb who attempted to trademark a name and failed. The youngest Kardashian-Jenner sibling attempted to trademark the name “Kylie” but Grammy winning songstress Kylie Minogue wasn’t having it. Minogue claimed in a legal filing that if Jenner owned the trademark it would confuse audiences and dilute Minogue’s brand. Remember, trademarks are all about brand protection and Minogue fought hard to protect hers even referring to Jenner as a “secondary reality television personality.” We at PROOF know that many of our readers may not have even heard of Kylie Minogue and consider Kylie Jenner the bigger of the two celebs but Minogue has been nominated for several Grammys and, as stated above, won one when Jenner was barely six years old! Minogue is respected talent and has been in the entertainment industry for many years. The U.S. Patent and Trademark Office was correct when they sided with Minogue and rejected Jenner’s bid; and, despite the fact that Jenner has filed an appeal on the matter,  at PROOF we do not think the USPTO is going to reverse that decision.

Jersey Shore alum, Nicole Polizzi aka Snooki, tried to trademark her name and was also shot down by the USPTO. Apparently there’s a character, actually it’s a cat, in children’s books, named Snooky, who beat the Jersey Girl to the name and owns the Snooky (spelling not relevant here) trademark. Not sure where the brand confusion would come from but it does show how “by the book” the USPTO is with the issuance of trademarks.

Though regular folks cannot generally trademark a name, as noted above with Jay Z and Beyonce, several celebs have been successful in doing so. Singer Curtis Jackson, aka 50 Cent, is a great example. He trademarked his stage name early in his career, and it turned out to be a smart move. In fact, he had to invoke the power of that trademark when in 2008, Taco Bell sent an “open letter” over PR wires asking Jackson to change his stage name to 79, 89 or 99 Cent (the prices of some of their menu items) in exchange for a $10,000 donation to the charity of his choice. Charity offer or not, Jackson did not appreciate the use of his name in what he claimed amounted to implied advertising. Jackson’s lawyer has this to say about the matter, “He gets substantial sums of money when he chooses to endorse something, and he controls it pretty closely.” Apparently Taco Bell wasn’t a brand Fifty wanted to be associated with (at least without prior approval). Jackson ultimately settled with Taco Bell’s parent company Yum Brands for an undisclosed amount.

Looking up who owns a mark is super easy and kinda fun. Just go to the USPTO website, click on the “Trademark” tab and then go to the Trademark electronic Search System (TESS) and put in whatever name you might be interested in learning about. Try Beyonce or Jay Z–they’re right there! And you thought trademarks were boring stuff?! We don’t know about you but we could talk about celebs and trademarks all day long!